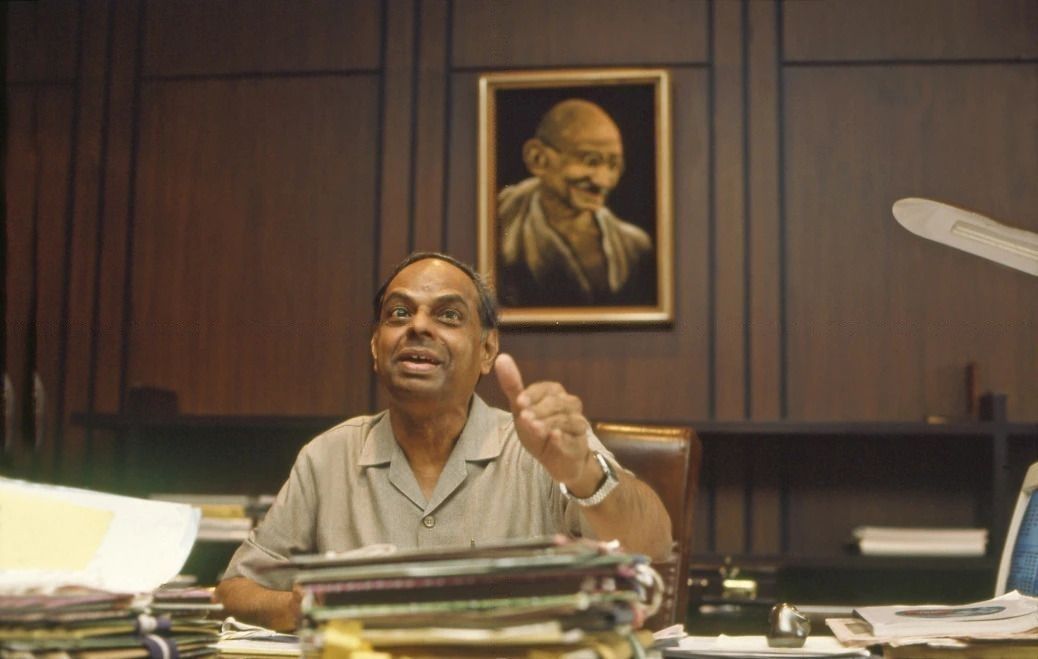 Forks in the Road: My Days at RBI and Beyond

As deputy governor of the Reserve Bank of India, Dr. C Rangarajan played a crucial role in the devaluation of the rupee in July 1991, setting in motion India’s most transformative period since independence. Later as governor,  he initiated several enduring reforms like the shift to market-determined exchange rates, deregulation of interest rates, tightening of prudential norms to strengthen the banking system, complete current account convertibility and automatic monetization of budget deficit. Before he took on the mantle of the central banker, Dr Rangarajan also served as member of the Planning Commission and oversaw the drafting of the Eighth Five-Year Plan, a unique document that had to balance its socialist origins with the changed circumstances of the Indian economy. He reflects on the challenges this entailed and in general about the nature of planning itself in his memoir “Forks in the Road: My Days at RBI and Beyond”. Relevant excerpts have been reproduced below.

It was in August 1991 that I was invited to become a member of the Planning Commission. The initiative was taken by Manmohan Singh to recommend my name and, of course, it had to be approved by the prime minister. My earlier contact with P.V. Narasimha Rao was when he, as education minister, met the Economic Advisory Council of which I was a member. But the Planning Commission that was constituted was unwieldy. Besides the minister members, there were seven others. After an initial exchange of views, I was given the responsibility for financial resources and perspective planning besides a host of other charges. In fact, railways was also with me and I played some role in the introduction of a uniform gauge system. I was keen that the phasing of the programme was done in such a way that maximum benefit was obtained. The major task before the new planning commission was to formulate the Eighth Five-Year Plan, which had to be done under radically changed circumstances. The government had decided to make a break with the past and move on a different path. The planning exercise had to reflect this radical shift.

The break with the past in terms of policy came in three important directions. The first was to dismantle the complex regime of licenses, permits and controls that dictated almost every facet of production and distribution. Barriers to entry and growth were dismantled. The second change in direction was to reverse the strong bias towards state ownership and proliferation of public sector enterprises in almost every sphere of economic activity. Areas once reserved exclusively for the state were thrown open to private enterprise. In substance, the objective was to improve the productivity and efficiency of the system by injecting a greater element of competition. The third change in direction was to abandon the inward-looking trade policy. By embracing international trade, India signalled that it was abandoning its export pessimism and was accepting the challenge and opportunity of integrating with the world economy.

The Eighth Five-Year Plan was the first document that spelt in full the implications of the new economic policy. In the writing of the document, I had a major responsibility because I was the chairman of the drafting committee. Prof. Hashim, who was the head of the Perspectives Planning Division, did most of the writing. Pranab Mukherjee was the deputy chairman of the Planning Commission and, in the innumerable Conversations I had with him, I had never seen him differing from the tenets of the new policy.

The Eighth Plan contains the usual elements, such as the projected economic growth, trends in savings and investment, and the pattern of financing the Plan. But the special element was the discussion on the nature of planning and the policy framework under the changed circumstances. The Plan first draws attention to the changing world scenario.

‘The Eighth Plan is being launched at a time which marks a turning point in both international and domestic economic environment. All over the world centralised economies are disintegrating. On the other hand, economies of several regions are getting integrated under a common philosophy of growth, guided by the market forces and liberal policies. The emphasis is on autonomy and efficiency induced by competition. We cannot remain untouched by these trends... It also needs to be guided by its own experience, gained during the last four decades. If planning has to retain its relevance, it must be willing to make appropriate mid-course corrections and adjustments. In that process, it may be necessary to shed off some of the practices and precepts of the past which have outlived their utility and to adopt new practices and precepts, in the light of the experience gained by us and by other nations.’

On the nature of the Plan, it says,

‘So long as public sector investment is a significant proportion of the total investment, planning in so far as it relates to the public sector has to be detailed, setting forth not only the objectives but also examining the alternatives and identifying specific projects in the various sectors. Besides, the plan of the Centre will have to be appropriately linked with the State Plans as both the Centre and the States have responsibilities in almost all areas. All this is analogous to corporate planning. For the rest of the system, however, the Plan will be indicative outlining the broad directions in which the economy should be growing.’

While much of my time at the Planning Commission was spent on drafting the contours of the Eighth Plan, an attempt was made to streamline the financial allocations to states. Ultimately, the size of the states’ plan was heavily influenced by the allocation of plan grants and loans. In fact, before the discussion with the state’s delegates, an attempt was made to determine, in conversation with the chief minister and finance minister of the states, the financial allocation. Thereafter, the formal discussions were a formality. One important issue that came up for a decision by the National Development Council (NDC) during this period was the modification of the Gadgil Formula that had been in force for determining the allocation of funds among states out of plan transfers. Narasimha Rao, as chairman of the Planning Commission, announced in a full planning commission meeting the constitution of a committee comprising the deputy chairman, finance minister and me to consider this issue. It was the recommendations of this committee that formed the basis for further discussions at NDC. An important change in the formula was the inclusion of performance by states as a criterion. The position taken by a state during the discussions depended on which formula benefited it most! If we look at the criteria that finally emerged, they did not differ very much from what Finance Commissions used for horizontal allocation.”

There was abundant expertise and knowledge in the Planning Commission. Those who were recruited directly had excellent domain knowledge. Some of the civil servants opted to be in the Planning Commission but many others were dumped into it. There were two schools of thought on the nature of planning. One view was that planning should be from ‘bottom up’ and therefore there was a need for decentralized planning. It was this line of thought that led to drawing up district plans and local level plans. The other school of thought mostly emphasized the need for centralized decision-making on key matters of strategy. There was a growing uneasiness about the proliferation of centrally sponsored schemes. These schemes designed by the planners at the Centre had a bait of financial assistance. Several committees were set up to reduce the number of centrally sponsored schemes. But there was not much success. The Planning Commission performs three sets of functions. The first was to outline the broad strategy of development. The second function was one of allocating plan funds among states and the third function was to evaluate the projects and give approvals. The second and third roles are debatable. However, the first function is critical. A growth commission charged with the mandate to prepare a blueprint with goals and objectives to be achieved over a definite period is still a need of the hour. It is necessary to have a powerful think-tank in government that identifies the concerns and problems that would emerge over time and offer advice on how to deal with such problems. The success of the Planning Commission in its new avatar will depend upon how well this function is performed.

Published with permission from Penguin Random House India. The book is available here.