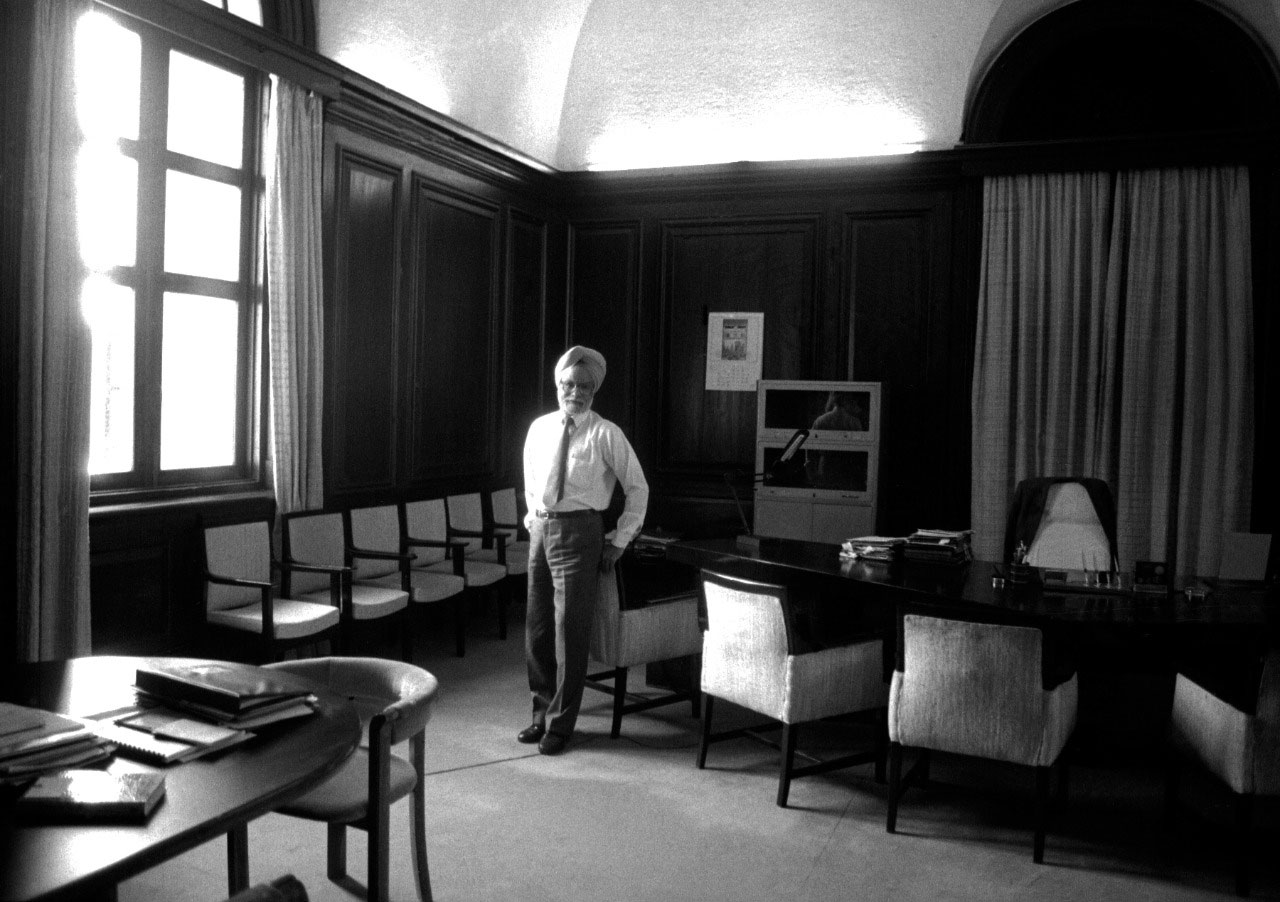 The Economic Reforms of 1991: How India went from crisis to consensus

Following its independence from colonial rule in 1947, India, like so many other developing countries, embraced socialist planning and protectionism in its quest for economic growth. Decades of government control of the “commanding heights” of the economy, high barriers to trade, strict controls on foreign investment, and a multitude of interventions, resulted in sluggish growth. Profligate government spending shredded the nation’s creditworthiness by the end of the 1980s and India’s economic situation became untenable. The urgency of reforms could no longer be denied.

By the end of 1989, Indian foreign reserves could cover only two months of imports. Sanctions enacted during the Gulf War that almost doubled the oil import bill exacerbated an already dire situation. As both inflation and deficits climbed into double digits, credit rating agency Moody’s put India on credit watch for a possible downgrade in August 1990, making it harder to raise credit.

The 1989 minority government under Prime Minister V. P. Singh tried resolving the situation. But Singh spent his political capital on expanding caste-based affirmative action in government jobs. Unable to deal with communal riots or the faltering economy, his government lost confidence in 344 days.

Instability continued as Singh’s successor, Chandra Shekhar, also led a minority government in November 1990. Chandra Shekhar’s government had the outside support of the Indian National Congress. Within a month, Yashwant Sinha, the market-oriented finance minister, announced a plan to cut the fiscal deficit by 2 percent. Ongoing economic diplomacy also resulted in a US$1.8 billion loan from the International Monetary Fund (IMF) in January 1991. Yet this was just enough to buy 40 days’ worth of imports, as the Reserve Bank of India tried to maintain the fixed exchange rate of the rupee. India was still in a hand-to-mouth situation.

Sinha was to announce economic reforms in his February budget to secure funding from the IMF. The Congress Party strong-armed the government into delaying the budget. In March, the Congress Party accused the prime minister of surveilling its leader, Rajiv Gandhi, and withdrew support. Chandra Shekhar resigned after only seven months in office. The very next day S&P downgraded India’s credit ratings — a signal of a lack of faith in India’s ability to repay its long-term loans.

Sinha was out of options. As a last resort, he sold India’s gold to negotiate more foreign exchange and to pay at least for essential imports. But India’s creditworthiness was at rock bottom, and purchasers insisted on physically shipping the gold abroad, rather than allowing it to remain in India’s vaults. The funds raised by this drastic measure could only pay for a month’s imports.

Amid the crisis, a new election cycle unfolded. As electioneering went on, the Liberation Tigers of Tamil Eelam, a Sri Lankan separatist group, assassinated the frontrunner Rajiv Gandhi. An unlikely choice, P. V. Narasimha Rao, a political veteran, was called out of semi-retirement. Though he did not contest the 1991 elections, the Congress Party chose him as its president.

The 1991 election, like the previous one, did not result in a clear majority for a single party. The Congress Party won the largest number of seats and secured the support of its allies on the left. In June 1991, Rao was sworn in as the ninth prime minister of India. It was his turn to lead yet another fragile minority government.

A day before assuming office, Rao asked his cabinet secretary, Naresh Chandra, “Is the economic situation that bad?” “No, sir, it is actually much worse,” came the reply. By then, India’s reserves could only fund two weeks of imports. If there were any delay in course correction, India would officially default on its loans.

The defining action of Rao’s tenure was to put together a team of credible ministers and technocrats with promarket affinities within a socialist establishment: Manmohan Singh, K. P. Geethakrishnan, Y. V. Reddy, N. K. Singh, and D. Subbarao, among others, in the Finance Ministry; A. N. Verma, Naresh Chandra, and Jairam Ramesh in the Prime Minister’s Office; Rakesh Mohan and Suresh Mathur in the Ministry of Industry; and P. Chidambaram and Montek Singh Ahluwalia in the Ministry of Commerce.

In his first meeting, Manmohan Singh outlined the reform program with a five-year vision and laid out the immediate steps to his team: “If any of you have any difficulty with the proposed reform program, we can find other things for you to do!” he said, setting the tone for the days ahead.

Within a week, Singh also sent a handwritten note to Rao proposing a two-step devaluation of the rupee. In two days, the rupee was to be devalued by almost 20 percent. Rao supported the drastic move, bypassing all standard procedural approvals. Maintaining complete secrecy about the devaluation, Rao and Singh reached out to the old-guard Congress Party socialists and the opposition. They held meetings and kept those groups apprised of the drastic reforms around the corner. As a minority government, the support of these groups was most crucial.

On July 1, eight days after taking office, the rupee was devalued by 7 percent to 9 percent through back channels; communication took place between only Reserve Bank of India officials, Singh, and Rao. Pandemonium ensued within the political classes. Rao feared for the survival of his minority government amid a response from the socialists within his party and in the opposition, so he called Singh to stall the second devaluation. However, the process to devalue the rupee by 11 percent was already in motion.

A cheaper rupee meant that the Indian exports could be more competitive in the global market, and it could bring in much needed foreign exchange. This reform would be effective only if the complex structure of trade protection was dismantled. Ahluwalia had drafted the M Document as a reforms blueprint for Prime Minister V. P. Singh, which recommended encouraging exports and reducing import tariffs and licenses. However, the blueprint never made the cut.

After the second devaluation on July 3, an opportunity arose to put some of these reforms to work. Ahluwalia walked Minister of Commerce Chidambaram through the required reforms, prepared a draft policy, and got Rao and Singh to approve it — all within eight hours. The next day, Chidambaram announced the trade reforms.

While economic reforms were under way, Rao’s political fears came true when his government faced a no-confidence motion in Lok Sabha on July 15. A third minority government was about to fall. Despite his efforts to build consensus within and outside his party, there was not enough support for the drastic policy changes.

In his first major speech in Lok Sabha, Rao appealed to the parties on the right with Sanskrit hymns and pitched the economic reforms as a spiritual intervention — perhaps not spiritual enough, given that the right-nationalist Bharatiya Janata Party voted against the government.

The Left faced a dilemma: voting in favor of the reforms meant approving promarket reforms and going against their ideology, but voting otherwise meant aligning with the Bharatiya Janata Party and tempting political instability, through a third government falling in days. Instead, the Left opted to walk out. The motion expressing confidence in Rao’s government passed with 241 votes in favor and 111 against, thanks to the 112 abstentions.

Though they survived the vote, Rao and Singh continued to be pilloried. They also alienated powerful allies such as President R. Venkataraman, who was angry that he was left out of the loop on the currency devaluation. He even asked Singh not to proceed with the second devaluation. Despite this immense pressure, Rao and Singh stayed the course.

Private companies could produce in accordance with market demand and compete on price and quality. New regulators were set up and old institutions controlling the economy were disbanded. India was moving toward a market-based economy, recognizing the value of private enterprise. It was not just a policy makeover, but an ideological shift.

India averted a balance-of-payments crisis narrowly owing to the reforms. In the process, it regained credibility within the year and secured loans from the IMF and the World Bank.

All this in just about a month after being elected. Though a lot had been accomplished, it was just the start. In August 1991 the government set up the M. Narasimham–led Committee on Banking Sector Reforms, the Raja Chelliah–led Tax Reforms Committee, and the Foreign Investment Promotion Board. In the decades that followed, ideas outlined in Manmohan Singh’s 1991 budget speech were realized and implemented by governments of different ideologies and party affiliations.

The 1991 reforms contain many lessons. They provide a playbook for the political maneuvering required to move from crisis to consensus. They demonstrate the role of ideas and the way that sound economic ideas need to be incubated and nurtured within any government or policy infrastructure. And finally, they teach that embracing markets and private enterprise changed India’s fortunes. 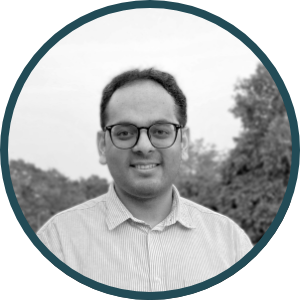 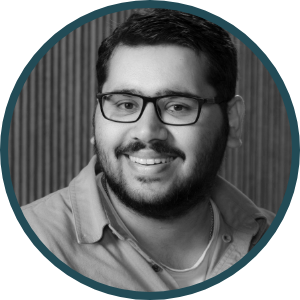